Mille Lacs County is required to certify a preliminary property tax levy each September for the following year. The levy is based on the County’s estimated operating budget for the following year, and reflects the amount of property taxes needed to fund operations after accounting for other revenue and expenditures. In 2023, that amount is $23,227,857, which represents a 11.5% increase over the 2022 levy, and an approximate tax rate reduction of 12.8%.

Levy Impact. The chart below shows how property tax dollars are allocated to each service area or department based on the approved preliminary levy for 2023. 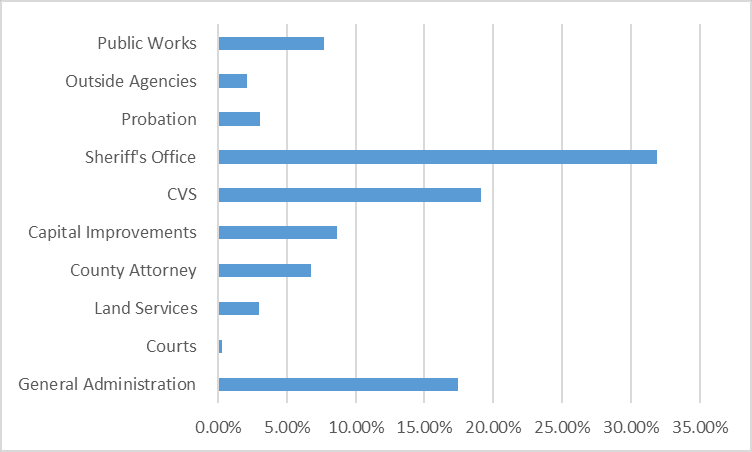 While the preliminary levy adopted on September 27, 2022 is an increase over the final levy adopted for taxes payable 2022, the County's tax capacity has increased greatly. This means that many taxpayers may actually see lower County property taxes in 2023; in fact, preliminary estimates indicate that 2023's tax rate will be Mille Lacs County's third-lowest in the last 30 years.

The budgeting process started in May, with individual departments reviewing historical revenue and expenditure data, using that information to assemble their proposed budgets. These individual department budgets are reviewed with the Administrative Services Office and compiled to form the complete county-wide budget. Subsequently, staff meets with the County Administrator and County Board of Commissioners to review the proposed budgets and make adjustments before setting the preliminary property tax levy.

In evaluating proposed budgets and prospective cuts, County staff and elected officials reviewed a number of metrics to assess the allocation of financial resources. One of those was the budgeted levy by service area, before accounting for County Program Aid. This is a measure of how property tax dollars are allocated to each of the five major budget areas; General Government (which includes capital projects), Public Safety, Community and Veterans Services (CVS), Public Works, and Debt Service.

Another item analyzed when evaluating budget proposals was key metrics, such as staffing, total property tax levy, and budgeted expenditures. For comparison purposes, data was compiled from comparable counties, neighboring counties, and counties statewide, depending on the metric being analyzed.

The increase being proposed for 2023 is a reflection of many variables; some of these items are unique to the 2023 budget cycle, while others have persisted (and may continue to persist) for years. Some of these variables include:

The ongoing lawsuit with the Mille Lacs Band of Ojibwe. The Mille Lacs Band brought a suit against Mille Lacs County, County Sheriff, and County Attorney in regards to the revocation of the cooperative law enforcement agreement in 2016. In response, the County was forced to obtain outside counsel, spending over $8.3 million to-date on attorney’s fees. 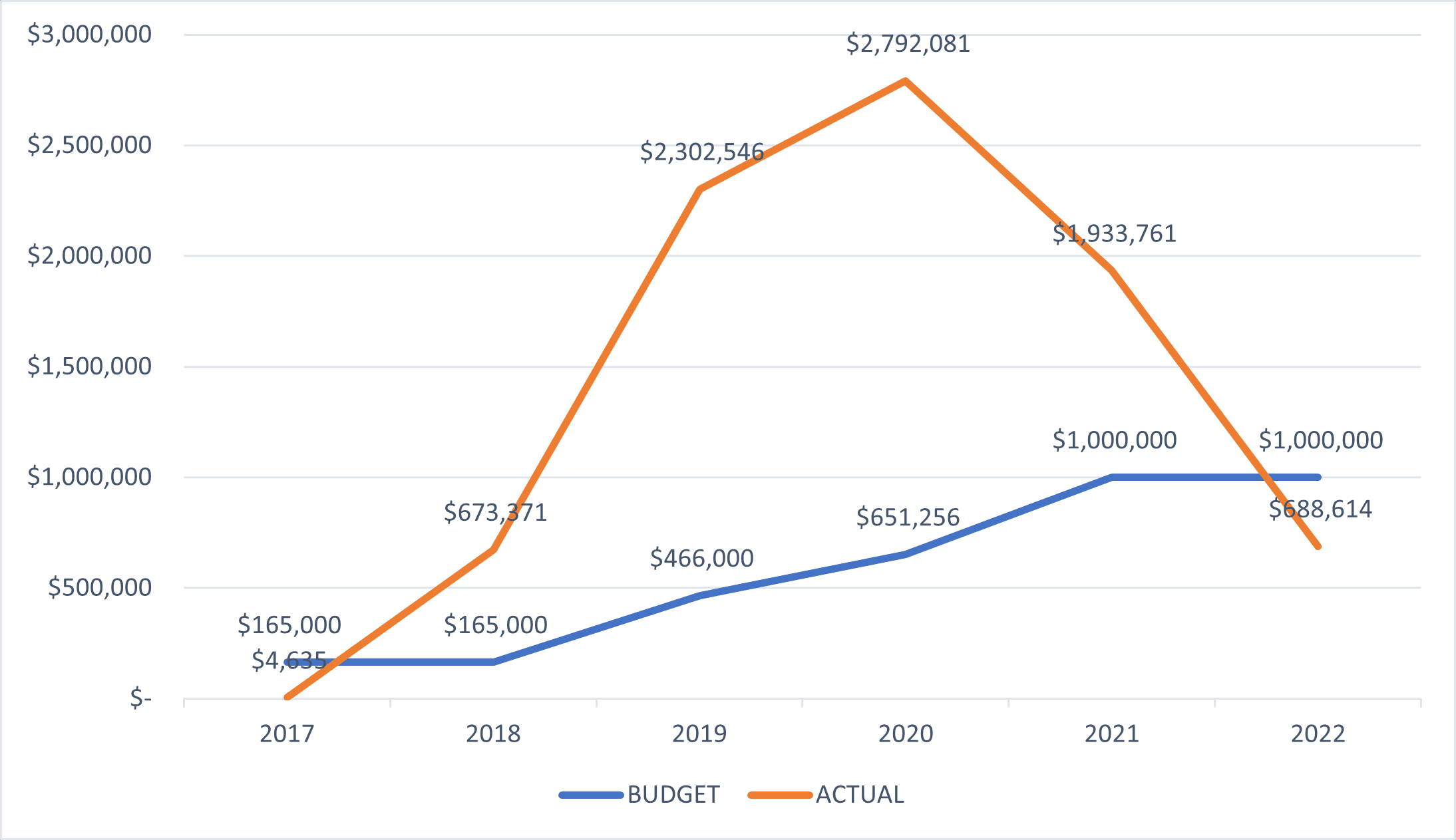 Increasing costs of operations. Health care cost increases and a historically-tight labor market have necessitated regular increases to both wages and health care premium contributions. The increasing pace of inflation has pushed this issue to the forefront nationally and here at home, affecting budget line items from salaries and wages to fuel and supplies. 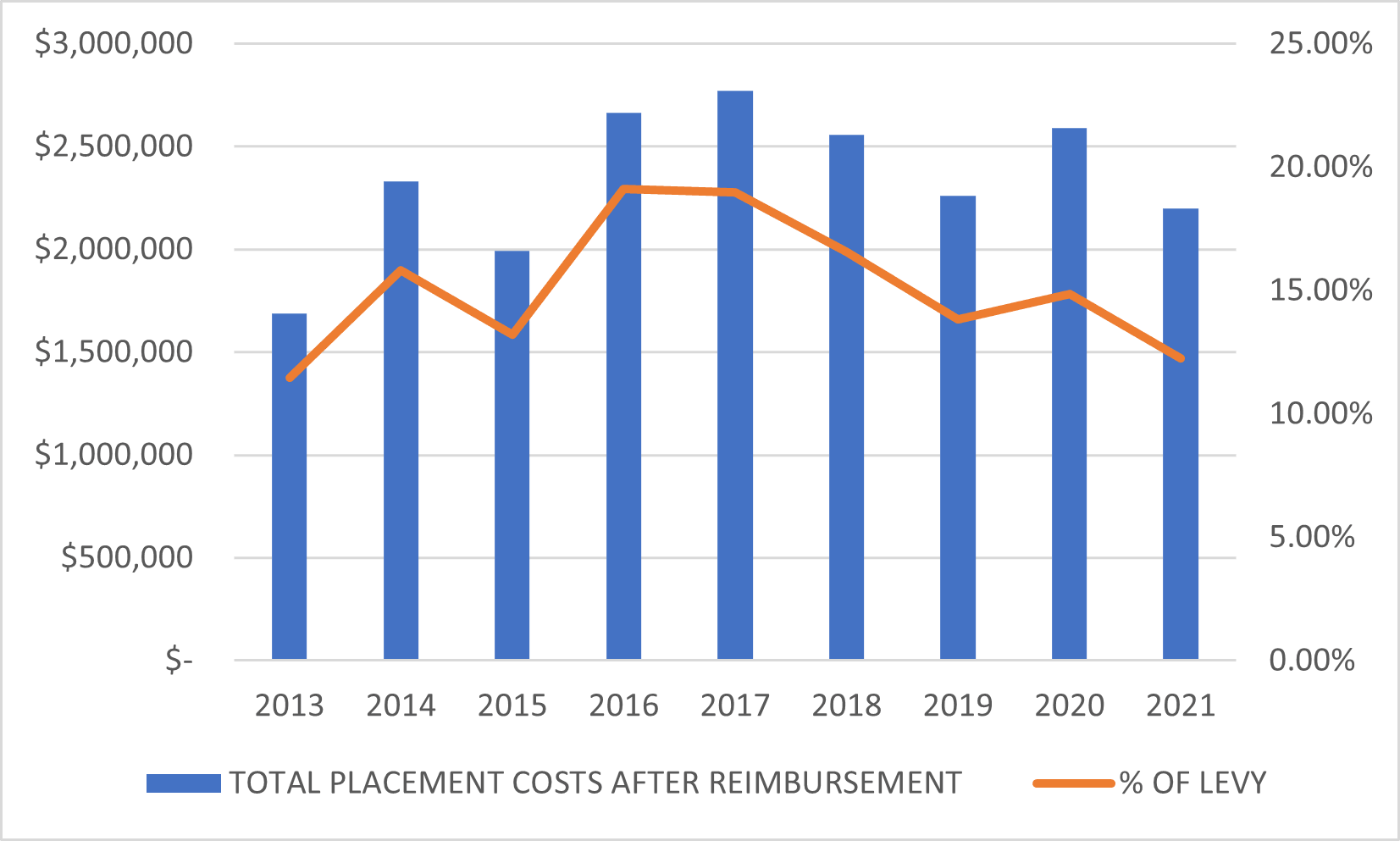 Please see the articles below for additional budget information for 2023.